Zimnior12 is a polish GD Youtuber/Hacker who is known for his popular level AfterCataBath. His special feature is using a currently impossible to get color in in the game caused by some of his hacks. Zimnior12 is a Collab Team ran by 2 people named xKubson606 which is a major hacker of their team and TheSXP which is streaming, playing, creating levels and making YouTube videos. With over 7,000 subscribers, they are the most famous polish GD Youtube channel.

They are friends with most hackers, like Absolute Gamer , MgostIH, StheH4x0r,xX0T1Xx, Italian Apk Downloader and others. They did make and upload to some interesting hacks and Cheat Engine tutorials to Youtube.

They founded a group named TeamHax. As the name suggest, multiple hackers gather, but some of them are too carried away with their hacks, and caused a password leak. 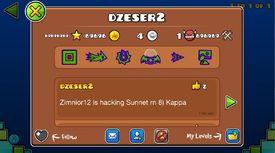 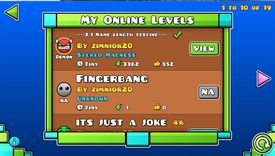 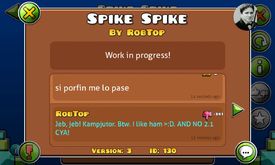 Add a photo to this gallery
Retrieved from "https://geometry-dash-players.fandom.com/wiki/Zimnior12?oldid=1180"
Community content is available under CC-BY-SA unless otherwise noted.